You are the only person on Earth who can use your ability.

Following a competitive tender, NUI Galway was awarded the contract to externally evaluate the programme.

Having decided to extend the lifetime of the project, the PMC issued a request for tender in early 2009 to commission a two year awareness raising and training programme to be developed and delivered to 1200 participants over a two year period from Summer 2009-Summer 2011. Culturewise Ireland secured the tender and began developing the awareness raising and training programme over the Summer of 2009, with the programme being piloted over the course of six sessions in Autumn 2009. By the end of term three (December 2010) Culturewise had trained 1154 of its target of 1200, with the target being exceeded in term four. Over the summer of 2011, the project was extended to include the development and implementation of a mainstreaming strategy, which was delivered in term five (September – November 2011).

Originally set a target of providing the Capacity and Awareness Raising Training (CART) day and disseminating project resources to 1200 individuals, Culturewise ultimately delivered the training to over 1700 people by the end of 2011, drawn from over 130 organisations. Notwithstanding the recruitment strategy of first-come-first-served for enrolment on the CART day, the numbers of individuals and the different sectors from which they are drawn reflect a concerted effort by Culturewise to reach as many appropriate individuals as possible.

It is clear from the various sources of data that the CART delivered by Culturewise has made attendees more culturally aware, made them more conscious of the needs of immigrant parents and the experiences they have when parenting in a different cultural environment. This is a positive outcome. Furthermore, both the on-the-day evaluation and follow up survey data reveal that attendees have placed great value on possessing a set of resources which they can use as required or when the opportunity arises. Most significantly, the CART day and the resources have made attendees more aware of issues which affect immigrant parents.

Globe project has been funded by: 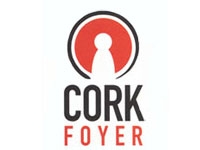 “I recently attended Alvina’s workshop on Cultural Diversity, I found the workshop to be interesting, thought provoking, refreshing and informative. The workshop was presented in a professional and relaxed manner. A thoroughly enjoyable learning experience.”