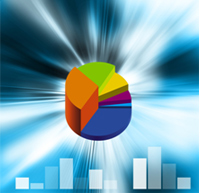 CultureWise Ireland is committed to applications of academic principles and research findings to promote Intercultural understanding, Integration within Irish Society as well as European Integration. Accordingly, it promotes and encourages research, theory, and practice in the field of intercultural relations.

CultureWise also strives to disseminate to the public information regarding intercultural relations and it encourages interchanges between people with an interest in intercultural relations. It is our mission to encourage the highest quality empirical research and practice aimed at understanding the ways in which cultures interact and the results of those interactions.

Using collaborative and innovative methods, we investigate important questions and provide insight into compelling educational issues. As a national resource, we set standards in the design, analysis, and synthesis of timely and useful research involving diverse populations.

It is also our belief that the research done can help to reduce the worst consequences of certain types of intercultural interactions, reducing and, hopefully, eliminating intercultural conflict at all levels from the individual and groups to whole societies and nations.

In response to changing population dynamics based on immigration and the impact that this change will have on the demands and the needs of the health service, its providers and its users, the HSE Mid-West has commissioned this research.

The majority of immigrants have been employed prior to coming to Ireland. They are generally well educated by their own and Irish standards, with those from the EU and Eastern Europe attaining higher educational standards than the rest of the group. More than 50% stated their intension to live permanently in Ireland. Most with this intention came from the EU and Africa. Interestingly, those who planned to live here permanently had their family members living with them and were mainly asylum seekers, refugees, resident IBCs and EU migrant workers. The majority of them had English as their first language, followed by Spanish, Russian, Polish and French. Despite the fact that studies have cited language as a major barrier to accessing health services, many of the study participants spoke English well and claimed to have had little difficulty communicating.

Access to existing health services by EM proved to be lower than their Irish counterparts. The highest use is for primary care services followed by A&E with a low level of satisfaction with both services. Language was not the only difficulty in attempting to provide health care for this population. Different cultural backgrounds and religious beliefs led to practices that are sometimes difficult for service providers to understand. There are differing birthing practices among some ethnic minorities, which have implications for Irish maternity services. Muslim women will not attend male doctors. There is a need for EM to be understood by Irish service providers but there is also a need for those providing services to understand the subtleties of the backgrounds and traditions of individual patients and groupings. Therefore, those providing healthcare service to EM must address cultural differences.

Training and education is needed, in particular, when dealing with those who are diagnosed with mental health conditions, and in the provision of maternity services. An understanding of the nuances and backgrounds of individuals and groups is essential. Problems with physical access to health services such as opening hours, travelling distance and lack of knowledge about the specifics of Irish healthcare lead to tensions between health service users and providers. The situation is getting more difficult because of the lack of accessible and available information on services, rights and entitlements, and generally the health system. A more proactive approach needs to be taken regarding the issue of information outreach for EM communities, particularly for those most isolated.

Quality of the services was indicated as very important for the EM communities, but there are also high expectations from the health system by EM communities. This often necessitates longer consultation times and explanations. Clarification of the role of GPs and other health professionals, as well as waiting lists and overcrowding of the hospitals is needed.

The physical health of EM in Mid-West is reported to be generally good but their long-term health status has not been studied. Despite apparent good health, one third of the respondents stated they feel some or severe pain and their self-reported ability to undertake daily tasks are poor. This may be a reflection of general unhappiness or poor emotional health. However, the majority of the group reported high satisfaction with their health and to a lesser extent their lives. Their quality of life is much poorer than that reported for the general Irish population in surveys.

Health related lifestyle factors were considered: one fifth of respondents were current smokers the majority of whom were from Eastern Europe and predominantly male. Alcohol consumption is present for half of the group with generally low amounts consumed per week. At present, there are differences in patterns to the Irish population and health promotion messages must be more targeted.

Staff working across a wide range of agencies identified communication and access to services as key issues of concern. Cultural competence was also identified and there was a strong view the ethnic composition of staff in health services should more closely reflect that of the communities they serve. The importance of sharing information across HSE departments and other agencies was highlighted. Social exclusion and poverty in general were identified as the prime determinants of ill-health. The contributors also explored the key aspects to addressing inequalities in health and achieving cultural competence. These are: Recognizing and valuing diversity; auditing systems and processes within HSE; creating a more inclusive organizational culture; and challenging individual attitudes and behaviour. 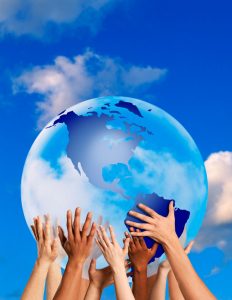 There is probably no more serious challenge to social stability and development in the contemporary world than the management of intercultural relations within complex, culturally plural, societies. Successful management depends on a research-based understanding of a number of factors, including political, economic, psychological and religious features of the groups that are in contact.

The MIRIPS project is focused on the psychological aspects, but it takes into account some of these other contextual features of the interacting groups, and of the larger society as a whole. It is situated within the broad field of cross-cultural psychology, which has two core principles (Berry, Poortinga, Segall & Dasen, 2002).

Knowledge of these two features of human behaviour is essential if we are to understand intercultural relations as a set of culturally-situated and pan-human phenomena. If there are some general principles to be found, then broadly-applicable policies may be possible.

Research work is in progress. Please return at a later stage. In the meantime, we hope you enjoy the rest of the site.